HIV is now a long-term, manageable condition and not a death sentence, it is still a serious issue across the UK. More people than ever before are living with HIV in the UK and over 4,300 people are diagnosed every year. If you are looking to get an instant HIV test visit our clinic or contact us to find out more! We provide HIV Testing in Bradford & Nottingham.

Finding out early if you have HIV has two vital benefits:

– You will be able to start treatment as soon as you need it, which makes it more effective in helping you live a long, healthy, and active life.
– If you know you have HIV you can take the right steps to prevent passing it on to others by practising safer sex. Starting treatment will also dramatically reduce the risk of passing on HIV.

Anyone can get HIV if they are sexually active, regardless of sexuality or locality. Nonetheless, HIV rates are higher among gay and bisexual men and African communities in the UK. Everyone should ensure they take steps to protect themselves and others from HIV infection by utilising safe sex products such as condoms.

If you are looking to get a HIV test in Dudley and the surrounding areas, we at Midnight Pharmacy can help you get tested and give you all the support that you need. 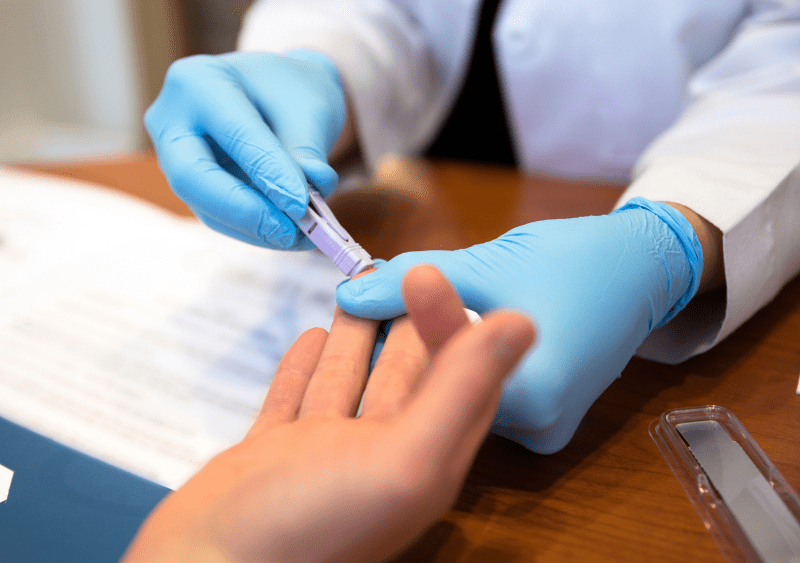 What Are The Symptoms?

Once infected with HIV, the virus can stay inactive for many years and the person has no signs or symptoms of infection. Eventually, HIV attacks the defense cells in the body called lymphocytes and weakens the immune system. The final stage of HIV infection, AIDS, occurs when the immune system becomes weak and severely damaged that it is unable to fight against infection or disease and the person dies as a result.

There is no complete cure for HIV, those infected with the virus today can be treated with medicines that interfere with the virus’s growth by preventing it from multiplying within the body. This revolutionary treatment, known as antiretroviral therapy (ART), now means HIV infection is no longer a direct death sentence.

These ground-breaking developments in HIV growth prevention medication mean that it is now increasingly important to get tested. The quicker tests can take place the faster effective treatment can take place ensuring a higher quality of life.

Following exposure to HIV, it can take 1 to 3 months for an infected person’s body to produce enough antibodies for a screening test to detect them, known as the window period.

IgM is usually released around 3 weeks following infection which is one of the antibodies the INSTI Test is designed to detect. An individual may test positive with the INSTI Test in as little as 21-22 days after infection, however, it can take up to 3 months to produce a positive result. On average only 3% of HIV-positive individuals will not develop detectable antibodies within the window period.

Book today for your HIV testing in Bradford or Nottingham

This website provides information, not medical advice. The information must never be used as an alternative to, or replacement for, advice given by a qualified medical professional.